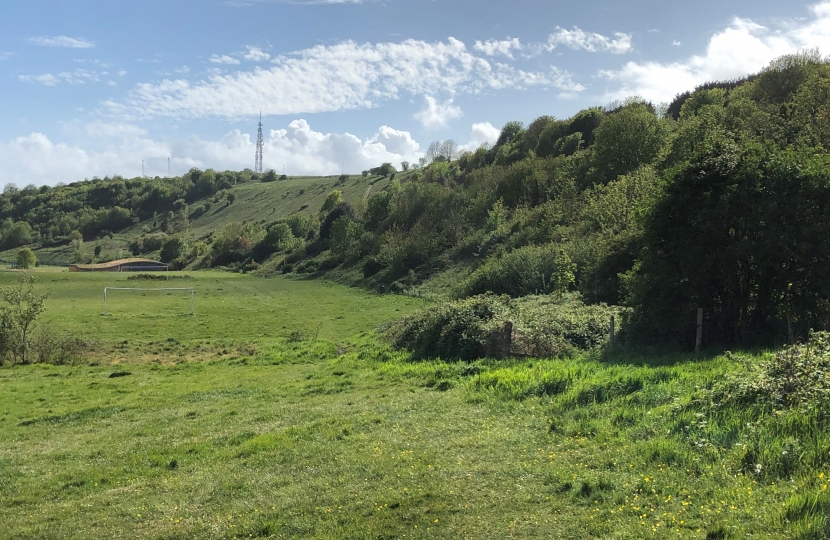 These sites are listed for Development in City Plan Part 2, which was voted through by Labour and the Greens at a Special Council Meeting on 23 April 2020.

Read Councillor Dee Simson's speech to the Special Council meeting below and sign the petition to help Cllrs Dee Simson and Mary Mears fight Labour and the Greens' plan to develop these sites through the public consultation stage.

The Conservatives are taking a strong stand tonight to save 16 urban fringe green sites, listed in this City Plan,  from development.

This shouldn’t be a big ask or a problem.

According to Labour’s own figures, Brownfield housing accounts for 90% of the new housing in this City Plan.

And yet we find ourselves in a situation tonight where Labour and the Greens are joining forces and digging in – refusing to compromise, refusing to listen to the valid concerns of residents and environmental groups, and stubbornly demanding that we agree to build on 28 hectares of land, with high ecological value in our City – when there  is   no  need.

So today I’m going to speak for residents and environmental groups across the City that are being ignored by Labour and Green representatives that have stopped listening to them.

Whitehawk Hill is a special part of Brighton & Hove that sits within the Labour Leader’s own ward of East Brighton  - a ward represented by 3 labour councillors.  It is one of the16 green sites under threat in this City Plan.

Despite this the Labour group still plans to vote to build on Whitehawk Hill against the wishes of its members and branches and I find myself in a position where I have to stand up for the residents in the Leader of the Council’s own ward of East Brighton because the Council Leader won’t listen.

And it gets worse Madam Mayor.

This City plan would also develop Ingleside stables which is completely surrounded by the South Downs National Park and sits within Moulsecomb & Bevendean Ward, another ward represented by 3 labour councillors

But Madam Mayor perhaps the greatest betrayal of voters is in Brighton Pavilion constituency where 4 sites including Horsdean and Coldean are stated to be developed in this city plan.

Just two days ago the Green MP for Brighton Pavilion Caroline Lucas took to twitter to praise Green Councillors in Lancashire for saving green space.   But as Green councillors here are about to vote to allow building on green spaces in her constituency she has remained absolutely silent.    It is stunning hypocrisy from the MP and it is for her to explain why she gets involved in supporting saving green land in Lancashire but not in her own seat.

Madam Mayor it’s clear that Labour and the Greens are not listening to the people who elected them.

But, there is a better way forward here which they should consider carefully and could still agree to.

The Conservatives are saying we will support the brownfield development which represents 90% of this plan and meets Brighton & Hove’s housing targets – but not the 10% on green land in the urban fringe.

So for Labour tonight there is a choice:

You could have 90% of your City Plan agreed tonight, backed by all 3 parties, meet your housing targets, and at the same time protect the environment.

If you choose the latter, you’ll be judged very harshly by this City and the communities you represent.

The Conservatives are taking a strong stand tonight to save 16 urban fringe green sites,  listed in this City Plan,  from development.