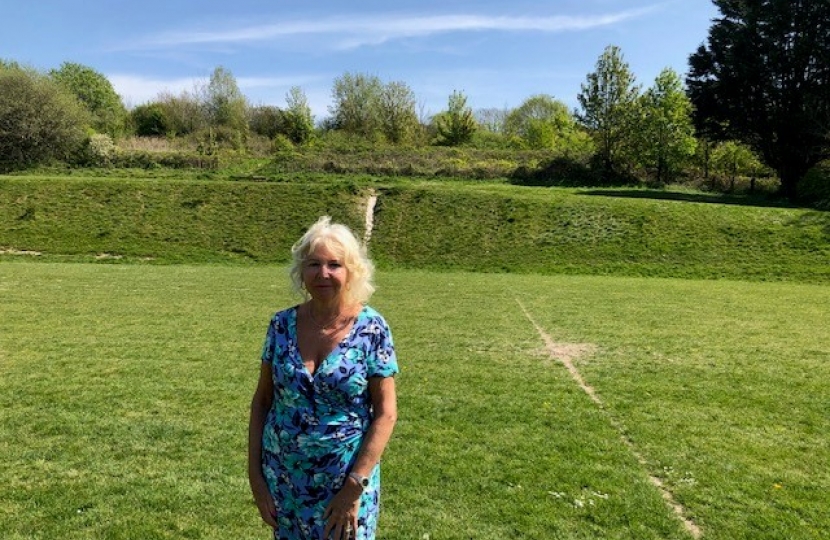 The Conservatives' three Patcham Ward Councillors have made an 11th hour appeal for Brighton Pavilion MP, Caroline Lucas to speak out against development on green land in her constituency.

At the City Plan meeting tomorrow night, Brighton & Hove Labour and Green Councillors have indicated they will vote for a City Plan which develops 16 urban fringe sites on the edge of the South Downs National Park for housing.

This includes 4 sites bordering the South Downs in the MP’s constituency with high ecological value:

Patcham Councillor Lee Wares said the MP was failing to stand up for green spaces in her own Constituency.

Good to see Green councillors still speaking truth to power during #lockdown and trying to protect the community green spaces we are all valuing more than ever. – Caroline Lucas 21 April.

“But as the Green councillors in Brighton and Hove are about to vote to allow building on green spaces in Patcham she remains absolutely silent.

“It is stunning hypocrisy from the MP and she must explain why she supports saving green land in Lancashire but not in her own seat.

“As Patcham and Hollingbury’s elected Councillors, we will campaign vigorously and resiliently to stop development on green spaces in the Ward” Cllr. Wares said.

Conservative colleague Cllr. Alistair McNair said that there was significant community opposition to building on green space in Patcham Ward.

“The officer report to TECC committee highlighted that of all the urban fringe sites Labour and the Greens want to build on, the site next to Horsdean Recreation Ground in Patcham solicited the most community opposition.

“Yet still the member for Brighton Pavilion says absolutely nothing.  She has let down residents who enjoy the valuable green space and don’t want to see this go ahead” he said.

Cllr. Carol Theobald said that the Conservatives had fought before to prevent unsuitable development in Patcham and will fight again at tomorrow night’s meeting.

“We fought successfully alongside residents to prevent the inappropriate McCarthy & Stone development on Old London Road and succeeded in having the location removed from the City Plan. Once again, we are the only party defending our beautiful South Downs.

“There should be no building on our City’s urban fringe – particularly when there are such plentiful brownfield sites available” she added.