Alistair works as a manager and teacher in the tertiary education sector in Brighton.  He previously worked for the British Council - the UK's international organisation for cultural relations and educational opportunities - in Kyiv, Ukraine, where he lived for 8 years.

Alistair studied English Literature at Sussex University in the 1990s, but after spending time in Poland, Ukraine, Birmingham and Sheffield, was delighted to return to the city in 2011.

Having spent a long time in Eastern Europe, Alistair has seen what can happen to a country and people when there is poor governance and a lack of civic society.  On finally settling down in the city, Alistair felt a strong desire to play a full role in the local community.

Patcham & Hollingbury ward is a very close-knit community, and since being elected Alistair has enjoyed getting to know the Local Action Team, Neighbourhood Watch, working with the Patcham Duck Fayre committee, and all the various church groups.   Alistair is also proud to be a governor at Carden Primary School.

Alistair has had the privilege of being able to help residents with issues ranging from inadequate rubbish collection, fly-tipping, dangerous paving, poor streetlighting and broken children’s playground equipment to helping those with serious personal needs due to chronic health issues and rundown living conditions.

He has enjoyed helping fight inappropriate development in the ward, and wants to help keep the character and community of Patcham & Hollingbury we know and love for future generations. 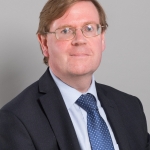 Council ranked one of highest taxing in country

New statistics show that Brighton & Hove City Council is one of the highest taxing councils in the country – but are residents getting value for money from their high local contributions?

A Council plan to consolidate Royal Mail’s Brighton and Hove sorting offices into a new single facility to be built on Patcham Court Farm is courting controversy with Patcham residents, sparking a protest, petition, formation of an action group and hundreds of submissions to the City’s Planning D

Brighton & Hove is famous for its boutique shops and the customer service they provide.  Perhaps this council could learn something from our retail sector.

Democracy and our Ukraine connection

The situation in Ukraine has touched our local Conservative Team this week, with our own Patcham & Hollingbury ward Councillor Alistair McNair having family, friends and work connections in the area.

The Horsdean and Vale Avenue area of Patcham currently lacks a proper playground facility for local families
Conservatives to push for £65,000 upgrade to Vale Avenue Playground to meet need at tonight’s Budget meeting.

Patcham Ward Councillors say decision is a big win for the 1,604 residents who signed a petition calling for the green space to be saved.

I am delighted to be talking today on three Conservative budget proposals: camouflaging 5G masts, speed guns, and weeds.

It's time to focus on our heritage and tourism

Our Conservative Team has announced a package of proposals for the 2021 Brighton & Hove City Council Budget to activate the City’s heritage and put tourism at the heart of a post-Covid recovery for the city. 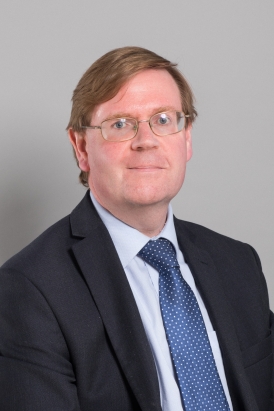