Councillor for Hove Park
Conservative Group Spokesperson on the Children, Young People and Skills Committee
Member of the Environment, Transport and Sustainability Committee

Vanessa Brown is one of the two Brighton and Hove City Councillors for Hove Park Ward.  She is also the Group's spokesperson on the Children, Young People and Skills Committee and a member of the Environment, Transport and Sustainability Committee.

With a background in education as a Primary School Teacher, Vanessa has a strong focus on schools, education and families in Brighton & Hove.

As a key part of the Conservative team that served as Brighton & Hove’s City Council’s inaugural administration between 2007-11 Vanessa was a Deputy Leader and the Cabinet Member for Children, Families and Schools. She took on responsibility for turning around the failed attempt of the previous Labour administration to found an academy in Brighton and Hove.  As a result of Vanessa’s efforts, Brighton’s highly regarded Brighton Aldridge Community Academy coeducational school was founded and the groundwork was laid for a second academy for the City - the Portslade Aldridge Community Academy.  These schools provide a fantastic education for local children.

As a local ward councillor in the City since 1995, Vanessa has always taken a strong stand to protect green spaces for families to enjoy. She has fought for many years to save Toads Hole Valley from development and is concerned that it is now included in the City Plan for mixed use development including housing. Vanessa is proud of her work on behalf of her constituents to have many street trees planted in the ward, including the trees on both sides of Goldstone Crescent, and has always worked hard to keep community facilities such as parks and playgrounds in good condition and looking good for families. Vanessa has always been closely involved and supportive of all the community groups and residents associations in Hove Park Ward.

Vanessa has always lived in Brighton & Hove and is married with three grown up sons who all attended the local schools.

Brighton & Hove is famous for its boutique shops and the customer service they provide.  Perhaps this council could learn something from our retail sector.

There have been issues to fix at our much loved Hove Park, with a twice-vandalised defibrillator, bins that are too small and increasing collisions on a shared path at the forefront of residents’ concerns over recent months.

Latest TV News Editor, Mark Walker, speaks to the Conservative Councillor for the Hove Park Ward, Vanessa Brown, on Brighton and Hove City Council about the Council response to the consultation on school children capacity numbers at Primary and Secondary Schools in Brighton and Hove.

Green Councillor says protecting areas with family homes in City is ‘snobby’
Comment is disrespectful to residents and shows lack of understanding about the City economy, say Conservatives.

I am going to speak about the Employment and Retail section of the plan on behalf of the Conservative Group.

We are generally in favour of this section and would like to commend the officers for their work on it. 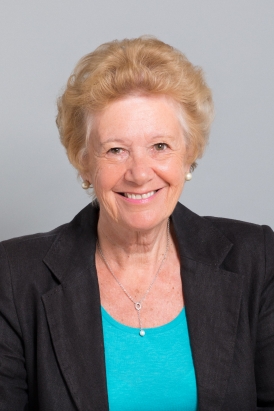