Steve has been successful in bringing forward many initiatives to the council, with a focus on community safety, protecting green spaces, securing the future of the City's heritage and protecting taxpayer's interests.

He brought Public Space Protection Orders to the council eye and then pushed for their implementation.  He has worked to protect and financially secure the future Brighton & Hove's Heritage sites by successfully advocating for the Royal Pavilion and Museums to be moved into a Trust.  By working with the Unions he has been successful in protecting workers rights and campaigned for “tell us once” bereavement service into the council which has recently been adopted.

Steve is fighting to save Green spaces in Urban Fringe, including protecting Happy Valley to remain an open green space for the enjoyment of families and all residents.

Steve left National Politics in 2016 to concentrate on Local Government and work towards a better-run Brighton & Hove City Council that better serves its residents.

We must always make time to remember

We must always make time to remember

Despite the difficult circumstances, it is important that as a City we continue to mark remembrance events, which are important days on our civic calendar.

Stand up for local democracy on May 6th

Vote Conservative to stand up for local democracy in Brighton & Hove

Our Conservative Group of Councillors is alarmed at the erosion of democracy in the City we have seen over the last two years under the Labour-Green Council.

The Duke always had time for the people of Brighton

This week Brighton and Hove Conservatives suspended campaigning for the City’s two by-elections for a number of days as a mark of respect to the Royal family following the passing of the Duke of Edinburgh.

Council is not listening over Stanmer Park

Brighton’s political parties are out on the campaign trail as the battle for two by-election seats at the City Council gets underway following the close of nominations this week.

Our Conservative Team showed what we can achieve for this City

At the City Budget meeting last week our Conservative Team showed what we can achieve and deliver for our city.

Brighton & Hove City Council is being petitioned by 25,000 people who are furious with the Council in the aftermath of a debacle over a domestic violence contract. 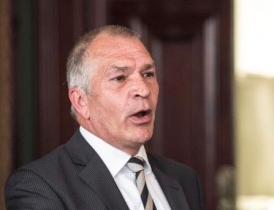