Nick works at Hove's renowned Martlets Hospice as a facilities maintenance worker and supervisor.  He has a special affinity with the Hospice and the work it does in the community having sadly lost his wife there in 2014.

Known in the community for his strong local campaign to protect Benfield Valley from development, Nick has also taken a focus on tackling antisocial behavior in his ward.

Nick successfully pushed for CCTV cameras to be installed locally to tackle flytipping at a known hotspot and has pushed to see that the City's team for tackling crime and antisocial behavior is properly staffed.

Hangleton & Knoll Councillors will propose Budget expenditure to kick-start a new skate park facility at Knoll Park
Facility would tie in with the outreach work of Hangleton & Knoll project, which operates a café in the park.

Latest TV News Editor, Mark Walker, speaks to the Conservative Councillor for the Hangleton and Knoll Ward, Nick Lewry, about the second lockdown due to COVID-19, his work with the Martlet's Hospice during the pandemic, plus his work on anti-social behaviour and cycle lanes. 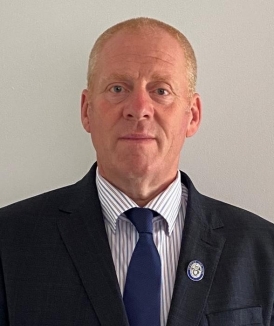