The Council Administration led by Councillor Mears was the first Conservative administration many parts of the City had elected for almost 20 years.

As Council Leader from 2008, Cllr Mears led a fiscally responsible Council that ran the ruler over the City's finances, saving £40 million of council taxpayer's money that was being wasted and then going onto introduce a Value for Money Programme which saved the City a further £75 million over 4 years and £92 million before it was stopped by the subsequent Greens’ administration.

In addition to saving taxpayer's money, Cllr Mear's Conservative administration also prioritised creating new revenue streams, generating revenue by building new beach huts and investing in the Brighton Centre following on from the previous Labour administration who had wanted to close the diary.

By exercising good financial management, the Conservative Administration of 2007-11 was able to deliver a dividend for the City, easing pressure on taxpayers while guaranteeing service delivery and providing continuity of employment for staff.  The Conservatives were able to deliver Zero % increases in Council Tax over each of the 4 years it was in administration in Brighton & Hove, easing pressure on residents. There were no strikes or industrial action.  It is worth noting that all this was achieved in the middle of a global financial crisis.

Cllr Mears' Conservative administration was able to resolve the Council’s Equal Pay gap which Labour had failed to deal with during its years in power, while also improving services – a recommendation had been given to the Administration to close and board up the King Alfred but we invested £2 million to keep it open and running, while also restoring the iconic seafront bandstand to its former glory.

Cllr Mear's Conservative Adminstration was focused on improving the state of the city and restoring civic pride and Mary was proud of being able to provide additional resources towards this including a rolling programme for painting railings, adding extra grass cuttings and purchasing a machine to remove chewing gum from the pavements.  The administration also restored the famous Madeira Lift to working order.

This positive work resulted in the Conservative Council Leader Mary Mears being recognised with a national Local Government personality of the year award following the completion of the Conservatives’ four-year term.

Mary is currently Chairman of the Royal British Legion Brighton & Hove Branch and also currently serves as Deputy Mayor of the City.

Conservatives get the big things done for Saltdean

Saltdean is benefiting from major investment with big projects underway and more on the horizon, made possible through the positive work of our Conservative team of Councillors at Brighton & Hove City Council.

It is often forgotten that Brighton and Hove City Council’s boundaries do not stop where the built up urban area ends:  The local authority’s boundaries in fact extend many more miles deep into the South Downs National Park, with the Council’s rural estate consisting of approximately 12,800 acres

There’s plenty at stake in the Rottingdean Coastal by-election

This week a by-election has been called for Rottingdean Coastal ward on Brighton & Hove City Council, to be held on Thursday 5th May.

This week Saltdean has been selected as the site for a new disability beach access ramp, the first to be installed in the east of the city.

Big parking charge rises are set to come into effect across Brighton and Hove next month after Green and Labour Councillors devised, proposed and then voted through a scheme of eye-watering increases at last month’s Brighton and Hove City Council Budget meetings.

Conservative Budget amendment would provide an additional £850,000 to upgrade seafront railings this year; adding to £125,000 set aside in last year’s budget
Stretches of railings have fallen into disrepair and need replacing after years of neglect and rust

Changes to the Published Admission Number for Saltdean Primary School will not proceed following Council U-Turn.
Rottingdean Coastal Councillors are pleased that families will continue to have their choice of a local school. 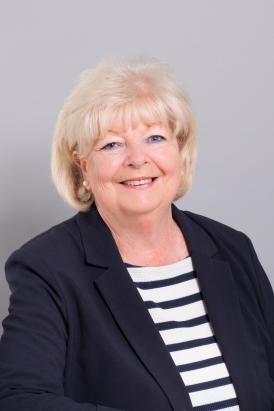