Joe joined the Conservative Party at the age of 17, after the financial crisis: as he saw mismanagement of the country’s finances hurt the poorest the most. As a result of that Joe got more and more involved in politics, and came into contact with great local Councillors who really made a difference to their ward resident’s lives and the city as a whole. Joe thought he had something to add in both regards, and also thought it would be good to have younger representation on the Council, and especially Conservative young representation: and so that is what drove him to stand.

As the Conservative Group's Finance Spokesperson Joe was able to broker an £11 million budget measure in 2020 that will finally kick start the restoration of the City's heritage-listed Madeira Arches.

Joe has also chaired the Live Music Policy Panel, which has been created to iron out any difficulties in the sector and for those people to work together to allow Live Music in the city flourish even further.

As a student at Sussex University Joe worked as a waiter while continuing his legal studies to become a Barrister.

Joe enjoys everything Brighton and Hove has to offer. The countryside surrounding us in particular, where he walks his dog Nessie: as well as the beach: and the lively, vibrant city in the middle with so much to do. He enjoys comedy, theatre, music, eating out and trying to keep fit by burning off all of the calories of the former at the gym or by swimming.

Joe sits on the Council's Policy and Resources Committee and will be leading the Conservative Group's response to the 2021-2 Council Budget.

Latest TV News Editor, Mark Walker, speaks to the Conservative Councillor for the Rottingdean Coastal Ward on Brighton and Hove City Council, Joe Miller, about the latest with the restoration of Madeira Terraces and also the latest Conservative position on the forthcoming Council budget.

Conservatives come out on top in City Budget negotiations

Conservatives secure more money for priorities than other parties in a win for the community
Outcome a result of hard work and clear vision for the city
Measures will mean work can start immediately restoring heritage, turbocharging tourism and improving the state of the City

Conservative amendment will more than halve debt Brighton & Hove Schools were handed after Labour council error, saving schools £778,000
Further proposals to stop Council cuts to the Adoption Allowance and the Standards and Achievements programme for schools.

The Conservatives have announced that they will stand up for residents living in the City Centre of Brighton & Hove who are facing a 33% parking permit hike from the Greens at the City Budget meeting on Thursday night.

Conservatives announce budget plan to improve the state of the city

Plan to save City's 'Jewels in the Crown' announced by Conservatives 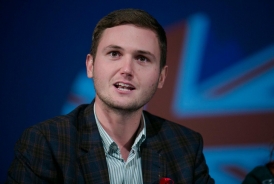