Dawn has a strong connection to her ward and is very well known in the local community having lived in her present home in the ward for the past 21 years.  Dawn ran a greengrocers in Northease Drive in the ward over 35 years ago.

Having been first elected in 2004 and then subsequently re-elected 4 times, Dawn continues to provide strong representation for her ward and is never afraid to stand up for her constituents against the odds.

Dawn is proud of her hard fought campaigns over the years to protect the green space in Benfield Valley from development and has won every one of these battles.  She is currently campaigning again to save the Benfield Valley with Cllr Nick Lewry as the Labour-run Council has put forward plans to develop it once again.

Cllr Barnett is proud of her work standing up for the elderly in Hangleton & Knoll and making sure that their voice is heard on the council and is well-known by the ward's elderly groups.

Hangleton & Knoll Councillors will propose Budget expenditure to kick-start a new skate park facility at Knoll Park
Facility would tie in with the outreach work of Hangleton & Knoll project, which operates a café in the park.

Our Conservative Councillors have set out what we want to achieve on behalf of residents at next Thursday’s full meeting of Brighton & Hove City Council.

Latest TV News Editor, Mark Walker, speaks to the Conservative Councillor, Dawn Barnett, who represents the Hangleton and Knoll Ward, for a local update. There is a discussion on community action following the Covid-19 pandemic and what the next steps might be for local residents. 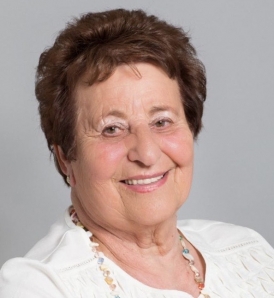