Time to count the cost of strikes 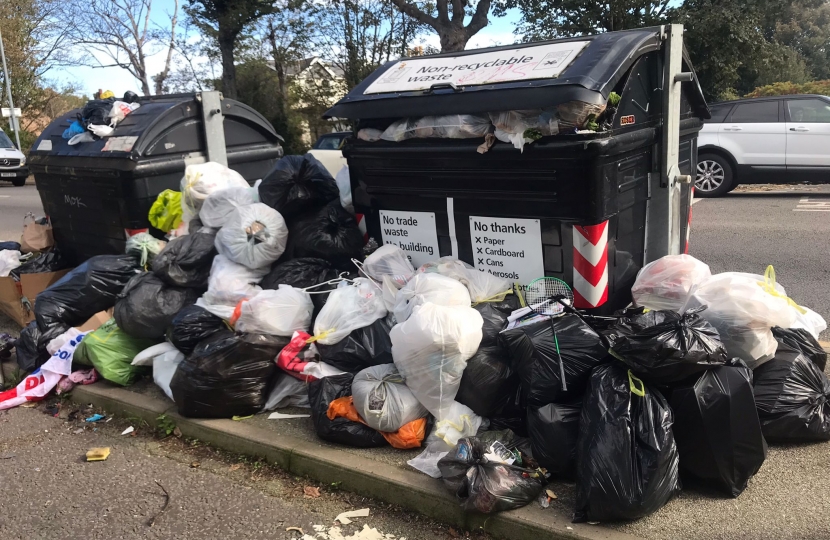 As one strike comes to an end in Brighton and Hove, the cost of another has only just been revealed.

As often happens with strikes at Brighton and Hove City Council, it takes several months to piece together exactly how much the taxpayer will have to pay for what the Council has agreed to during negotiations to end the industrial dispute.

The Housing Repairs Strike in September 2020 is a case in point, with the final cost of the deal to end that dispute only just coming to light now, following questioning from Conservative Councillors.

That strike followed the Council’s disastrous policy decision to ‘insource’ the Housing Repairs Service for the Council’s 11,000 properties, which was previously contracted out.

It was a classic Labour/Green policy – ideologically driven by their thought that the Council could run this service better itself than a private contractor.  (This has predictably failed, with the new council-run service accumulating an eye-watering backlog of 6,960 repair requests in just 18 months).

After insourcing took effect in March 2020, it took little time for industrial action to hit this new council-run service and a strike and protracted dispute with the GMB followed.

When the council finally announced an agreement had been reached to end the dispute, no information was provided on what the cost to the City would be.

With Labour and Greens having a coalition arrangement in Housing, it was left to the Conservatives to provide scrutiny for residents and find out the truth and who would pay the cost.

Following questions raised by Councillor Mary Mears, that answer has now been revealed, with the cost of the deal totalling:  £2.287 million in pay rises, with an ongoing recurring cost of £890,000 a year.

Council tenants, who’s rent contributions make up the Housing Revenue Account, have been left to pay this bill.  These are some of the poorest people in the City, paying the price for industrial action.

It will likely take many more months to find out the final cost of this month’s bin strike and who will have to pay for it.

The cost to the city was ultimately decided a week ago, when at the height of the dispute Labour and the Greens agreed negotiating terms including what financial settlement could be offered to the GMB in a behind the scenes meeting.

The Conservatives called for the sum offered to be publicly revealed in the interest of taxpayers.

After all, the City is required by law to balance its budget every year and it is therefore taxpayers and residents of the City that will bear the cost of what Labour and the Greens decided to offer the GMB to end the dispute, either in cuts to services or rises in council tax at next year’s budget.

They refused to reveal this cost – before and after the deal was agreed – leaving the public to speculate as to why this might be the case, with some newspapers reporting the final impact could be in the tens of millions of pounds and include back-pay as well.

Once again, it will be left to Conservatives to piece together what has been agreed and find out what the cost is to taxpayers is.

The irony of all this is that this strike was not about pay:  It was called by GMB Union over changes to employees’ allocation of bin collection rounds.

That a strike called over management issues has ended up in a multimillion-pound settlement says a great deal about the ‘negotiation’ that Labour and Greens have undertaken on behalf of taxpayers over the past two weeks.

This has not been achieved with Labour and Greens running Brighton and Hove City Council, who over the last 10 years have overseen a rolling disaster of strike after strike, followed by council tax rise after council tax rise.

It will be up to residents of Brighton and Hove at the next local elections in 2023 to cast their judgement on whether the cost of these ongoing strikes of recent years is something that they are willing to continue to bear, or if they want a change.