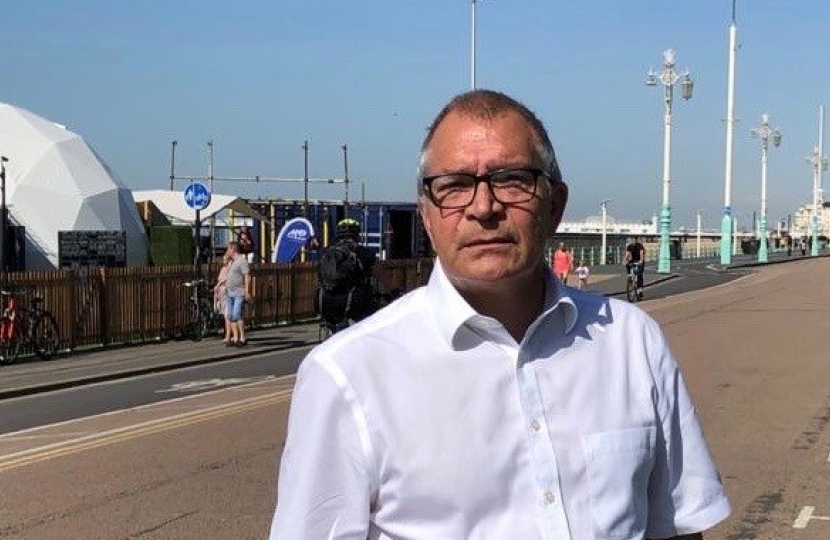 Brighton & Hove City Council is being petitioned by 25,000 people who are furious with the Council in the aftermath of a debacle over a domestic violence contract.

It is one of the biggest petitions faced by the Council in its history and one of most talked about issues in the City - I expect it to be a huge issue over the coming months.

The petitioners are furious that the previous Labour Council took its eye off the ball and allowed a Brighton & Hove based domestic abuse charity RISE lose its contract for essential domestic violence services across the city.   Petitioners say RISE has been a lifesaver for many women & children over the past 26 years and has unparalleled expertise, which the city cannot afford to lose.

Campaigners put Labour and Greens under massive pressure to fix this mess at Thursday’s City Budget - but it was too little too late.  This is because the damage had already been done, with the Council’s senior legal officer explicitly saying that the contract decision could not now be undone

So how did the council get to this point?

This was another mess of its own making and comes down to poor decision, leadership and oversight from the Council’s Labour/Green administration.  It is the same old story for this council – a record stuck on repeat.

The Conservative group publicly warned against such a situation arising in July 2018 and, indeed, strongly voted against Labour’s plans that have ultimately led to RISE losing the contract.

Labour brought forward a tendering re-design proposal to the Neighbourhoods, Inclusion, Communities and Equalities Committee (NICE) to change the decision-making process for the city’s domestic violence contract, handing the process over to a centralised regional body.

There was nothing particularly wrong with the previous tendering process, but Labour wanted to change it.

Conservative Councillors Robert Nemeth and Garry Peltzer Dunn were our representatives on that Committee at the time and immediately strongly objected to this plan. The minutes show Cllr Nemeth stated that he had four concerns regarding the options set out as currently framed; possible disruption for service users and charities; potential loss of control; loss of opportunity to experiment and uncertainty regarding costs.

We pointed out that retendering and redesign of domestic abuse support services would take the decision out of the hands of our Council and potentially lead to a decision where local organisations lose contracts – exactly the situation that has now transpired.

The matter was revisited not long afterwards, and the Labour administration brought back a report containing amended recommendations giving assurances that our concerns would be taken into account, with the Labour Chair of NICE giving an iron cast guarantee that the Council would continue to have oversight of the plans through a working group that they would set up.

But as we have now found out, the Labour Chair of NICE never established this working group as was promised at the time.

The result has been a debacle has seen a re-tendering process unfold without oversight (the procurement advisory board wasn’t even involved) and this month RISE were informed that they had lost the contract.

It was a predictable and avoidable outcome.  Labour took their eye off the ball and allowed this process to unfold and bear ultimate responsibility.

Labour’s incompetence in the matter will not be forgotten.  It was wrong of Labour to disregard our concerns and wrong to drop RISE in such a shameful manner.

This is a familiar tale for this council that residents need to know about.

It is another policy disaster to add to a growing list that includes  Home to School Transport debacle (hurting families with children with a disability); housing repairs insourcing (costing council house tenants and leaseholders millions more) and cycle lanes (which discriminated against people with a disability).

The Council’s record is stuck on repeat and it will not change until we have better leadership at our city council.