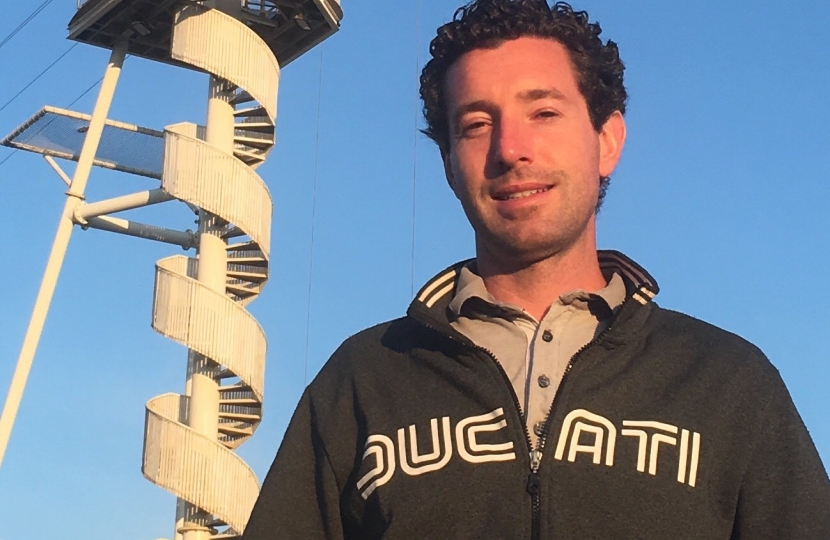 Conservatives speak up for tourism and small business in response.

The Labour Administration has refused to provide unequivocal support to the future of Brighton’s historic motor racing events on Madeira Drive.

In response to a question at the recent Tourism, Equalities, Communities and Culture Committee, the Chair repeatedly refused to provide a guarantee that Labour would allow Brighton’s iconic motor events to be held on Madeira Drive again.

Conservative Spokesperson on Tourism, Equalities, Communities and Culture Robert Nemeth said that the City’s iconic motoring events were part of the fabric of Brighton and Hove and must be maintained.

“Events held on Madeira Drive such as the Speed Trials, Old Crocks Run, Minis and Scooters, bring millions of pounds into the local economy each year, support many jobs and are a major fixture on the tourism calendar.

“The races are also part of the fabric of Brighton & Hove and much loved by locals.  One of the most signed petitions of Brighton & Hove’s history was to save the Speed Trials, which received 12,430 signatures.”

“These events will be an important part of Brighton & Hove’s recovery and it is concerning that Labour appears to have placed them under review” he said.

Cllr Nemeth said that he had become aware of a petition being promoted and circulated by the Brighton & Hove Labour Party’s local campaign forum calling on the Administration to keep Madeira Drive closed indefinitely.

“It is clear the Administration is under significant pressure from the Labour Party’s local Campaign Forum for Brighton & Hove to keep Madeira Drive closed and this could be the reason that the Chair felt uncomfortable committing to the future of these races” Cllr Nemeth said.

“However, as the City’s senior Councillor responsible for Tourism, Equalities, Communities and Culture Committee the Chair must put internal Labour politics aside and put our local tourism economy and residents first.

“That the Chair hasn’t done this will add to the worries for residents and businesses that rely on a vibrant local tourism economy.  I call on her to provide certainty as soon as possible” Cllr Nemeth said.

A transcript of the exchange in Committee is provided below:

Question from Cllr Nemeth:  Will the Administration commit to the continuation of historic motoring events on Madeira Drive regardless of the street’s future with regard to car use?

Response from Chair:  Each year the applications to hold all events on Madeira Drive are brought to this committee to provide Landlord’s consent.  This will continue irrespective of the use of Madeira Drive.

Madeira Drive has been shut in response to the current pandemic to provide additional space in the City for walking and cycling.  This closure is identified in the Council’s Brighton and Hove’s urgent response Transport action plan and policy framework as we prepare the City to come out of lockdown.

The closure of Madeira Drive continues to be assessed and a decision will be made at the Environment Transport and Sustainability Committee on the 23 June.  This decision will include considering walking, cycling and the needs of local businesses.

Supplementary question from Cllr Nemeth:  Can I just clarify if that’s an unequivicol assurance that the events that we all know and love such as speed trials, minis, scooters etc will get the support of the Administration as its always done?

Chair:  They will be brought before the committee this Autumn so you’ll find out then.

Supplementary Question from Cllr Nemeth:  Right, so no unequivocal support then?

Chair:  Um, I need to discuss this with Officers and my collegues so you’ll find out when we bring the report to the committee like I said.

The email being circulated by the Brighton & Hove Labour Party Local Campaign Forum calling for the continued closure of Madeira Drive is provided below:

We are writing as Chair and Secretary of the Labour Party’s Local Campaign Forum for Brighton and Hove to ask you to take action to support our Labour Council in an important step which they have taken towards implementing a vital pledge from our Manifesto.

As you will know, we have set ourselves the ambitious target of making Brighton and Hove a “carbon-neutral” city by 2030. Plans are underway to establish a Citizen’s Assembly to develop proposals to work towards this challenging target.

During the current public health emergency, the Council has taken the opportunity temporarily to close Madeira Drive, along the seafront, to cars and coaches. This has been welcomed by many local people as it provides a safe space for socially distanced exercise and is – quite obviously – consistent with our Manifesto commitment.

It is quite obvious that we stand no chance of reducing our city’s carbon footprint, as we promised the voters in May 2019, unless we can pedestrianise large parts of the city centre in order to reduce car use around Brighton and Hove.

The current experimental, temporary closure of Madeira Drive is going well – but if we want evidence which will enable us to secure popular support for the wider measures to reduce car use that will obviously be required, it must continue.

There is already a backlash against the Council’s positive, progressive step in closing Madeira Drive. If this reactionary backlash is successful, it will deal a deadly blow to our hopes of achieving carbon-neutrality by 2030.

In order to maintain the current closure of Madeira Drive, so that we can see evidence of its impact, the Council needs to see popular support for the step which it has taken towards implementing Labour policy – and for that the Party needs you to take action now.

Please sign this petition today – and please encourage your family and friends to do likewise. If we cannot keep traffic off Madeira Drive we stand no chance of seeing the reduction in car use to which we are committed.

This is one thing which you can do, which will take a few moments, and which will contribute to our struggle to mitigate the impact of climate change upon our city – and our world, in accordance with the agreed policy of our local Labour Party.

Read more:  Up in smoke?  Future of one of world's oldest motoring events in doubt.

Wash your hands, cover your face, make space: the next steps in our plan for lockdown measures

Wash your hands, cover your face, make space. These are the next steps in our plan for lockdown measures.