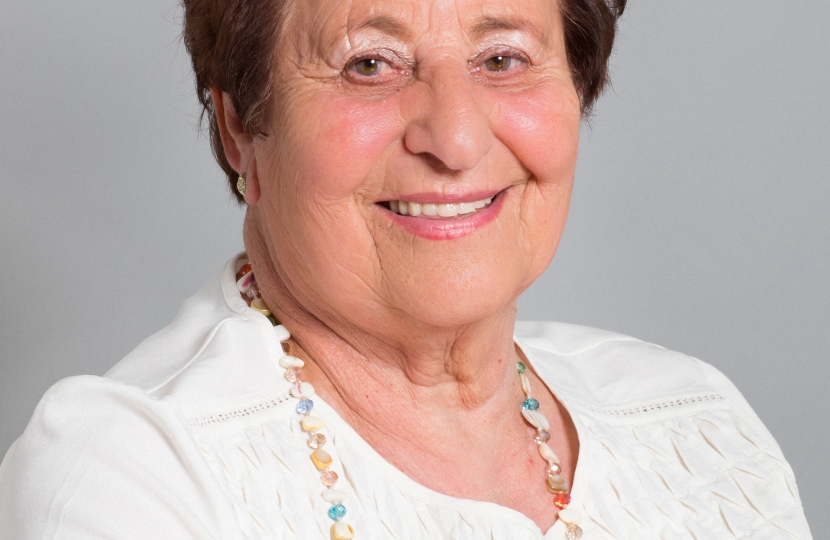 Conservative Councillors for Hangleton & Knoll Dawn Barnett and Nick Lewry have today vowed to fight hard to save the Benfield Valley from the development proposed in City Plan Part 2.

City Plan Part 2, which will be debated at a Special Council meeting on 23 April, proposes Benfield Valley is developed to make way for 100 dwelling units.

The Conservative Group will move to delete section H2 - which lists 16 greenfield sites on Brighton & Hove’s urban fringe for development – in its entirety and remove Benfield Valley from the plan to save it from development.

Conservative Councillor Dawn Barnett, who has represented Hangleton & Knoll since October 2004, said that Conservatives had fought several times before to save Benfield Valley from development and won every time and that we would take up the fight again.

“Benfield Valley is the last free greenfield land in Hove and we will fight all the way to save it” Cllr Barnett said.

“It has wonderful ecological, historical and archaeological value.

“Children use the site for educational purposes with many school groups visiting the area.

“There is significant ecological value and it is a wonderful habitat for door mice and other animals.

“There is also the historical value of the site - you can see the piggeries from the manor site.

“We have fought to protect Benfield Valley before and won every time and we will fight again” she said.

Conservative Councillor Nick Lewry said the Valley held great value to people and that the valley should not be sacrificed to Labour’s housing targets.

“We have had two or three companies wanting to build there in the past and we've fought and won each time” Cllr Lewry said.

“We will fight again to protect this greenfield land for future generations” he said.

Benfield Wildlife and Conservation Group issued a statement on the importance of protecting the Benfield Valley from development:

Benfield Wildlife Group was formed in 1991, and by 1992 had successfully campaigned for the creation of Hove’s first Local Nature Reserve(LNR) on Benfield Hill.  Benfield valley forms one of the very few remaining green tongues of open land remaining in Brighton and Hove, linking the town to the Downs.

With only about 3% of the species-rich chalk grassland remaining over the whole of the South Downs, it becomes increasingly important to preserve this environment by management.

The special chalk grassland plants have great difficulty in competing with the long grass and shrubs shutting off their light. Without the natural lawn mowing assistance of sheep and cows, the invasive growth needs to be kept back by hand. It is noticeable that, in those areas where it has been kept under control, the plants and small fauna, including the glowworms, take advantage of the opportunity to grow and flourish.

In 1999 the Conservation section was included to combat schemes proposed to develop Benfield Valley, and its historic Listed Barn and farm buildings.

The Benfield Valley is an open space and a very important green lung extending from the urban area into the National Park. It is a valued local wildlife site and a green local space.

Children ride their bikes here, dog walkers enjoy the open area and people use this as an exercise area, plus using the pathways to reach Sainsbury’s, almost pollution free. The area is a buffer between the bypass and the urban environment. The chalky soil in the valley supports a variety of plants more often found on the South Downs, such as the rest-harrow and meadow vetchling along with smaller grasses like yellow oat grass and red fescue.

The hedges contain species such as Maple, Blackthorn, Hawthorne, Privet, and Dog Rose. Coarse grasses like false oat- grass and Cocksfoot occur with taller broad leaved plants like Agrimony and St John’s Wort. The area supports large mammals like the Badger, who have setts in secluded areas. The Elm trees support the White Letter Hairstreak, a scarce butterfly, which has had ecologists like Dr Dandanahar and the Benfield Wildlife and Conservation Group searching for the eggs laid in the young Blackthorn hedges. Other butterflies abound such as the Brimstone, Holly Blue, Gatekeeper, Small Skipper, Marble Whites, Peacocks, and significant numbers of Brown Argus and Small Blue.etc.With Dormouse activity in the hedgerows.

It is a migratory pathway for birds with regular sightings of Buzzard, Peregrines, Kestrel and the occasional Red Kite.

The Health Walks use this footpath route keeping the walkers away from traffic and pollution.

An ancient Hedgerow exists on this site marking the Parish Boundary with the Old Benfield Barn which was home to many Bats.

The Valley stretches up on to the Benfield Hill Local Nature Reserve, where surveys of Glow worms, Chalk grassland flowers and Orchids, Moths, Mammals etc regularly take place, all of which find a place in the valley.

“Nick and Dawn should be commended for what they are doing and Conservative Councillors stand together with them” he said.

“As we know the Labour administration has been unable to deliver on its housing targets across the City over 5 years and now is turning its attention to greenfield land.  Labour broke their manifesto promise to build 500 council houses delivering only 88.” Councillor Nemeth said.

“As the report states, the urban fringe allocations include greenfield land adjoining open countryside and the South Downs National Park, with several sites overlapping with, or are close to, Local Wildlife Sites and underground chalk aquifers.