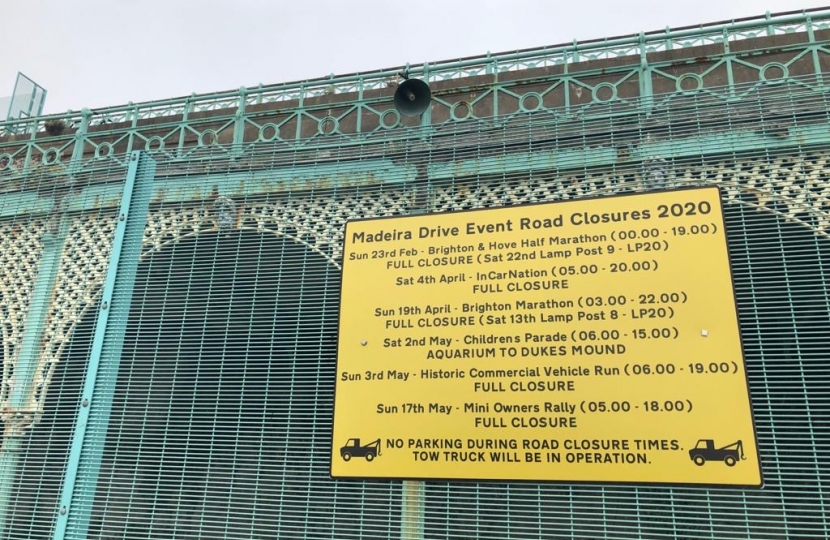 The future of Brighton & Hove’s famous Speed Trials is once again under threat after the Greens launched a blistering attack on several of the City’s heritage events at the Council meeting on Thursday night and then voted against a Conservative motion to secure their future.

In a dramatic speech, Greens Councillor Jamie Lloyd, the City’s Deputy Chair of the Environment, Transport and Sustainability Committee, denunciated several of the City’s famous events in his response on behalf of the Greens, before Greens Leader Phelim MacCafferty confirmed his party would vote against the motion.

Councillor Lloyd took aim at several events including the Minis, Motorbikes, Land Rovers and Speed Trials and even likened one event to the Hundred Years’ war:

If someone feels the need to see a mini in action all they need to do is step out into the street and pretty soon they’re going to see one.

Likewise for the land rover rally, or the rally where thousands of very loud motorbikes descend on us.

How can we seriously tell our residents that we’ve declared a climate emergency yet we encourage thousands of land rovers or minis or motorbikes to drive into our already polluted city for no other reason, for no other reason than the glorification of these vehicles.

Now as for the speed trials I recognise they’ve gone on for over 100 years; so did the Hundred Years’ War.  The Hundred Years’ War wasn’t a great thing.  The speed trials have killed several people since their existence and more to the point they glorify speed.  Speed kills people.  If we want these kind of speeding motoring events they belong in dedicated motoring arenas, not on historic streets.

Conservative Group Spokesperson on Tourism, Councillor Robert Nemeth said that event organisers would once again be alarmed by the Council’s attitude.

“After the previous Labour administration put the heritage events under review earlier in the year, we now have a new Green Council that is openly hostile to their continuation” he said.

“The purpose of the motion was to give confidence to the events sector that the council valued them but the Greens have sent the opposite message.

“Labour’s disastrous internal row over the future of events caused major concern for the events sector and the residents that love these events and so we put forward this motion to try and provide some confidence to the heritage events going forward.

“The Greens have blown that out of the water and caused a fresh round of damage to tourism and the City’s reputation.

“As I said in my speech, the economic contribution of the historic motoring events is of course worth in the tens of millions to our local economy. Hotels, b & bs, restaurants, shops, attractions and tens of other linked categories all benefit.  Presumably our local mechanics do too.  They aren’t faceless institutions. They are run and owned by our residents.  They provide jobs – to our residents.  They pay taxes which fund services for our residents.

“We campaigned against the Labour Administration’s events review and now the Conservative Group will campaign against the new Green administration to push to make sure that these events continue” he said.

The Conservative Notice of Motion at Full Council was as follows:

This council resolves to:

(1) Recognise the huge financial and cultural contribution to the local tourist economy of the many motoring events that take place in the city and on Madeira Drive in particular;

(2) Recommends to ETS Committee that any post-Covid changes to the layout of Madeira Drive do not prevent historic motoring events from taking place; and

(3) Recommends to TECC Committee that urgent confirmation is given that historic motoring events will be given permission to take place.