Conservatives demand impact assessments on A259 and Old Shoreham Road 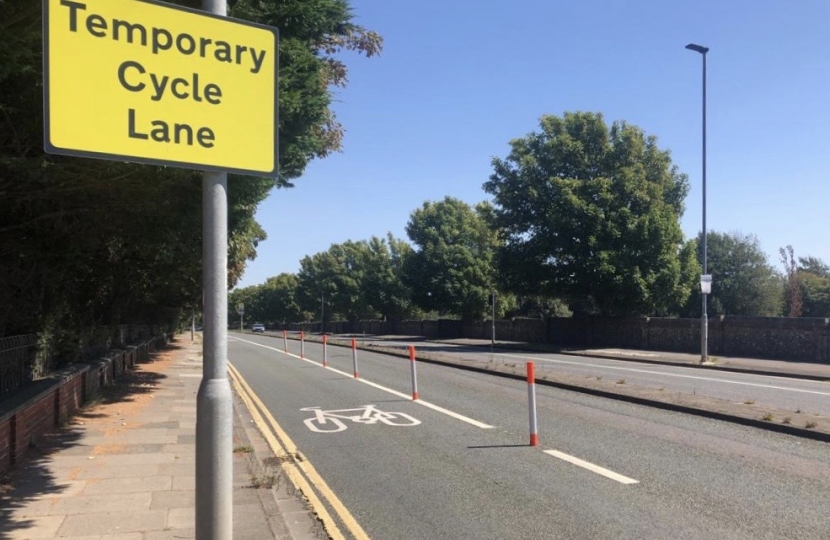 Whilst the debate rages over the closure of Madeira Drive and the cycle lanes on the A259 seafront road and Old Shoreham Road, the council is planning to introduce more measures under the guise of Covid.

Under plans recently pushed through by the Greens and Labour, the council is now set, by the end of the year, to extend the cycle lane on Old Shoreham Road and the A259 seafront road to the western boundary with Southwick and Shoreham.  Plans also include introducing measures on the A259 Marine Parade even though Madeira Drive remains closed.

“Some measures across the city to improve social distancing, to help the economy recover and to maintain interest in active travel are necessary. However, some measures, regardless of claims by the council to only be temporary, are clearly becoming wholesale structural transport network changes to which, every effort will be made to make them permanent.

“The problem is, they are being introduced at such great speed, any proper analysis of their impact is not being done. The irony is that in claiming the measures will improve lives, we are already seeing growing traffic congestion that must be increasing pollution and lowering air quality and we are already hearing and seeing growing inequality for blue badge holders and less abled and senior folk. It also appears traffic volumes are increasing on other residential streets as drivers try to avoid the traffic jams that cannot possibly be improving lives and is likely making those roads more dangerous.

“It is hard to see how grid-locking the city is helping the economy if everybody is stuck in a council induced traffic jam that we all know negatively costs businesses. Equally, if Marine Parade is now to be modified, how on earth can it be justifiable to keep Madeira Drive closed. At this rate the city will be closed to visitors and commercial and commuter traffic that flows through the city.

“And whilst all this is happening, revenue from parking is plummeting. This is revenue that is used to pay for senior citizen and disabled bus passes and to subsidise bus routes that if lost, will cut off whole communities. Thus far nobody has said how that black hole will be filled.

“At any other time, to reduce the traffic capacity of two of the three main east/west arterial transport routes through the city by some 30-50% would be subject to months, if not years, of careful analysis. Transport modelling would be undertaken, the economic and environmental impacts would be assessed, equality impacts would be undertaken in great detail. The public would be consulted alongside businesses and other stakeholders within and beyond the city.

“For years the council has been working on its cycling and walking infrastructure plan; progress has been slow and sometimes painful. Lots of planning has gone into how to seek the right solutions and involve everybody. Yet because Covid provides the perfect cover, at warp speed the council miraculously has the answers. But the truth is it doesn’t because it hasn’t had the time, and in some quarters the inclination, to get the answers.

“It seems we have entered a new age where the Greens and Labour implement first, suck it and see how it goes, asks if you object and forges ahead anyway.

"Few don’t get that the city needs infinitely better cycling and walking facilities and joined up networks.  Few object to the need to transform how we live our lives to tackle climate change. But the council with its Green and Labour masters have put the cart before the horse.

The huge scale of unintended consequences is rapidly coming, and the wilful blindness is staggering. If the council is to get this right and carry the goodwill and support of the population, it has to start by engaging with them first.

It has to prove what it wants to do will work and justify the assumptions it is making. It should be honest and upfront about its objectives and the impacts their decisions and actions will have on everybody. It isn’t good enough to slip into a recent press release that it intends to extend the cycle lanes.

“The brakes should be firmly slammed on and as the Conservative Group, we demand that all the necessary impact assessments and studies are done before and further works are undertaken and insurmountable damage is done to our city.”