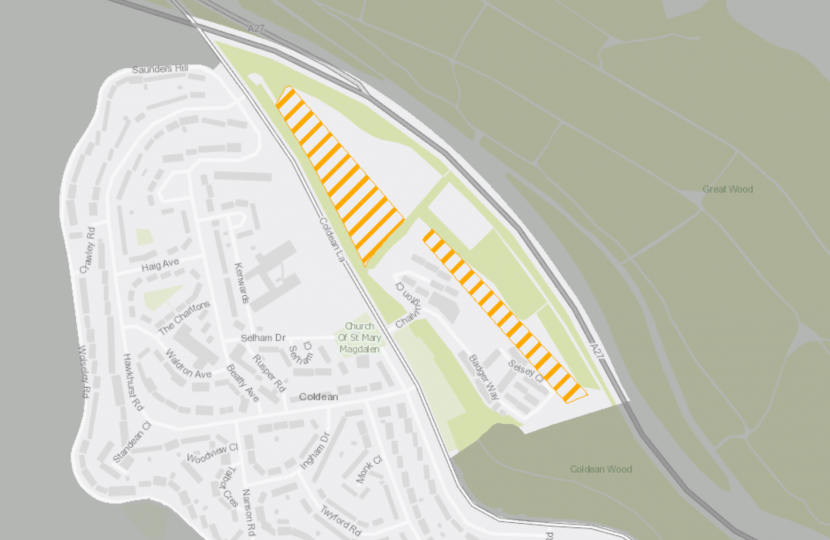 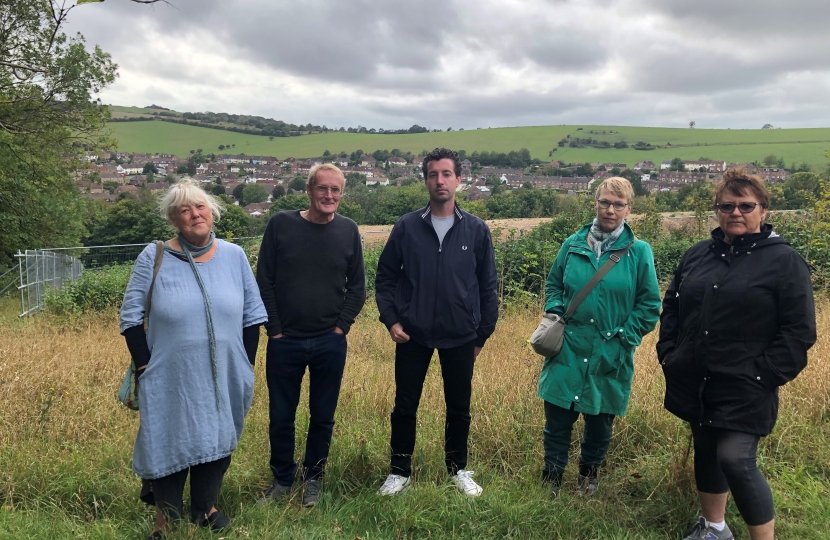 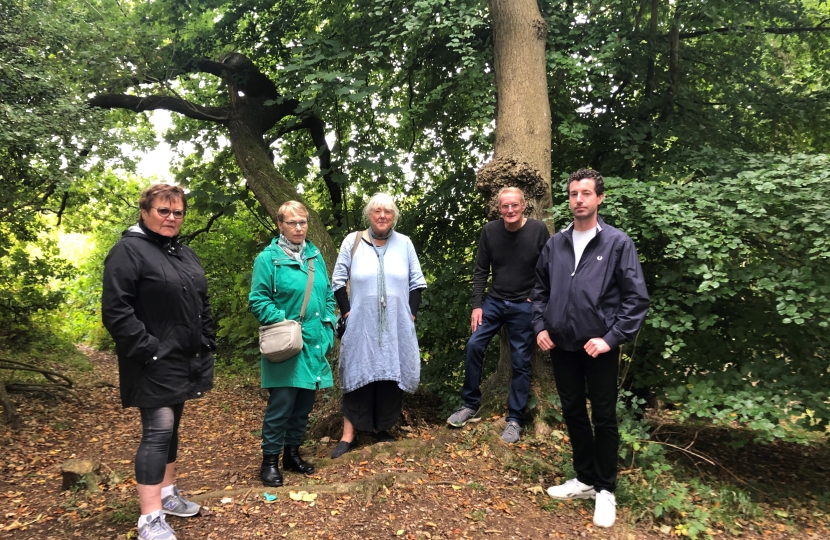 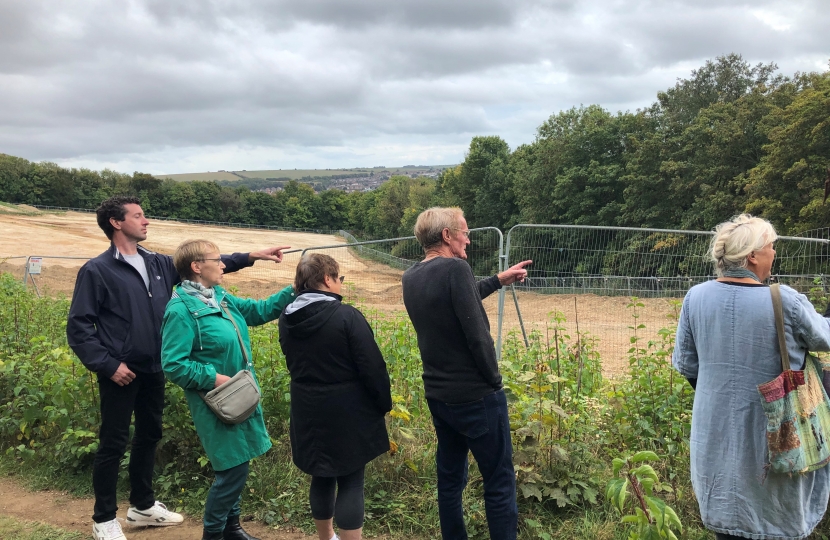 A Coalition of Coldean Residents’ Groups has united to make a final stand to save the precious green land adjoining the South Downs and Stanmer Estate from development.

Two sites in Coldean have been listed for development in City Plan Part 2, which is currently going through a 2-month public consultation period, with residents encouraged to have their say.

One of the sites has already been cleared of vegetation and fenced off with special fencing to prevent nature returning - despite the City Plan Part 2 public consultation process continuing for another 5 weeks.

Representatives from local groups including Coldean Residents’ Association, Stanmer Preservation Society and Coldean Women’s Group, met at the site to make a final plea to the Council to change track.

Coldean Residents Association Secretary Rose Bunker, who has coordinated a Coldean residents’ petition to save the green space, said:

A decade or so ago, an Urban Study conducted by the Council proposed this area for designation as a Local Nature Reserve, and said that 'the steep incline has rendered it undevelopable'; so how is it now considered suitable for 242 dwellings in high-rise blocks?

The Chichester Estate (inc. Stanmer and Falmer) was purchased in 1947 in order to protect Brighton's drinking water supply from the chalk aquifer beneath the land, and to protect the land from building developments.

The site remains part of the Grade II Listed & Registered Garden (the same status as the Kemp Town Enclosures) and is designated as a Local Wildlife Site in the B&H Local Wildlife Sites Review, updated in February 2020. As such, it should be exempt from development.

The green space is extremely valuable to our community; it provides a wide range of benefits to our mental, physical health due to the knowledge that wildlife is respected at the same time.

I think we need to protect our green spaces – before we lose them all to development!

“Let us be clear, there is absolutely no need whatsoever to build on precious green land in the City.

“The statistics clearly and unequivocally show this.

“The City Plan Part 2 document is required to meet a minimum housing target for the City of 13,200 additional homes.

“Deleting the greenfield urban fringe sites from City Plan (Section H2) and developing only on brownfield sites listed in the plan would still leave Brighton & Hove City Council over 1900 homes above the minimum target.

“There is therefore absolutely no need to build on our precious green land.

“The Sussex Wildlife Trust has said it is disingenuous for politicians to say otherwise.

“The Greens, which used to be a party that would lead environmental protests and lay down in front of bulldozers to save trees, are in danger of joining Labour as a party obsessed with building tower blocks of low-cost flats in the urban fringe – this time at the expense of Coldean.

“The Coalition of Coldean residents groups deserve credit for making a stand.  They have been told it’s too late, that planning permission has been granted but they have vowed to continue - and they have every right to as the City Plan Part 2 is still subject to Consultation” he said.

16 ‘urban fringe’ green spaces are listed for development in section H2 of the City Plan Part 2, including many well-known and much-loved green spaces such as Benfield Valley; Whitehawk Hill and Horsdean Recreation Ground.  A full list of the sites can be found in table 8, page 178 of the plan.

The formal consultation process, which will run to Friday 30 October 2020, follows a special council meeting on 23 April where Labour and the Greens voted in favour of the development plan, with the Conservatives voting against.

Councillor Nemeth said that it was vital for residents to have their say as this was the last chance to stop the plan going through.

“Thousands of people have already signed petitions against Brighton & Hove’s City Plan Part 2 and our Conservative Councillors have been working hard, helping to organise local petitions and stand up for residents across the City that want to defend their green spaces.

“Now we need even more people to get involved during the next two months so that we can send a clear message to the Council when it comes to a final vote on this Plan that we want to see section H2 deleted from the City Plan and Brighton and Hove’s green land retained.

“Green spaces are more popular than ever across Brighton & Hove and people just cannot understand why Labour and the Greens want to build on them.

“Local community groups are not buying Labour and the Greens’ lines to them that they must build on the urban fringe to meet their housing targets when people can see the city’s current housing figures in black and white for themselves.

“Now we must encourage as many people as possible get involved during the consultation process – it could be the last chance to save some iconic Brighton green land” he said.

Councillor Nemeth urged interested residents to sign the petition below to help Coldean residents with their campaign to save these 2 Coldean sites from development.

Save Coldean's green land from development